Four days of Complete Geekery Chaos is now over. Clocks have been reset. Hotel reservations for next year have been secured. Dragon Con 2014 is done. Last thing to do is post the pictures and recap.

The theme this year was definitely “Earworms and Puns”.
Biggest Earworm? “The Final Countdown” by Europe
Best Pun? Good lord, too many to remember. Watching the Dragon Con parade was so much fun due to the punage volleyed back and forth with friends.

I spent the days racing from one hotel to another, attending panels that focused on writing, looking at shinies for sale in the Vendor Rooms, looking at shiny people everywhere, looking at shiny Art in the Art Walk. Lots of Shiny. An overload of the senses. This year though I was good and kept my wallet firmly tucked in my purse. Took a stroll through the Walk of Fame, where all the famous people signed autographs and posedvfor photos (all for a price, of course). Caught glimpses of the likes of Amy Acker, Emma Caulfield. Eddie McClintock, Saul Rubinek, Walter Koenig, Billy Boyd, Lou Ferrigno (his fists are huge!), Martin Kove and Ralph Macchio, Evanna Lynch, and more. Sadly, I did not get to see Sir Patrick Stewart or Karl Urban this go around. 😦

Highlight Fan Panel Squee? The CW Arrow panel with Paul Blackthorn, Manu Bennett, Katie Cassidy, Caity Lotz, Katrina Law, and David Nykl. I was only six rows back from the front. Awesome seats considering how these things go at Dragon Con. Check out the pics from it below!

There is always so much to do at Dragon Con, and you would think you could do it all in four days, but inevitably, you never get to it all. Panels can be hit or miss as to quality, but I have to say, the Urban Fantasy Track directed by Carol Malcolm is top-notch. Many of the panelist there participate in the website, Magical Words, so the writing advice you get on those panels is solid and better than basic 101 advice you get on the Writers Track (if you are beyond the very basics).

The following photos are all mine and some have poorer quality. That’s what happens when I take photos with my iPhone while trying to dash off with my friends and not lose them, but I really really want to get a pic. The parade was a challenge to photograph because we were squished several people deep, and I am short anyway. My phone kept trying to focus on the back of someone’s head and not the person in the parade, but I still want to keep the memories so I posted the pics anyway. Enjoy!

If you hover over the photos, you can see the captions.
If you click on the photo, you can view them larger with the caption, even leave comments, and scroll through them too. 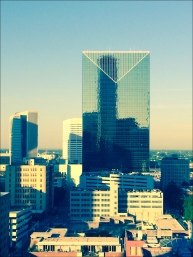 Welcome to Atlanta! View from the room at the Westin. 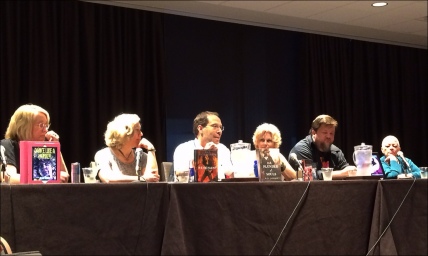 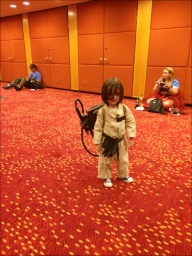 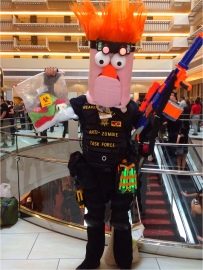 The best thing about Dragon Con, I take a photo of a Star Lord and get an elevator photo bomb with a Dalek and a Cyberman.

The Dalek and Cyberman appear again! 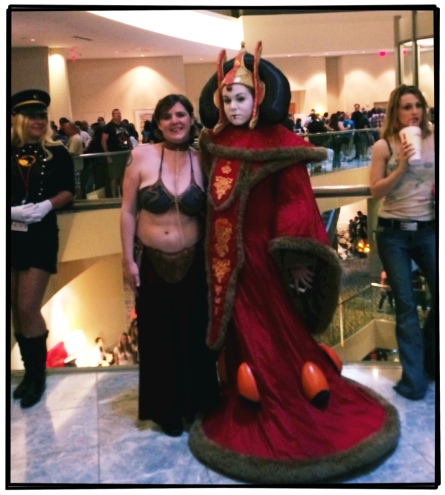 Inside the Marriott – three levels of geekery

On the sidewalks of Atlanta

Love the guy on the right so “nonchalantly” talking on his phone. 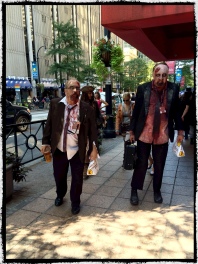 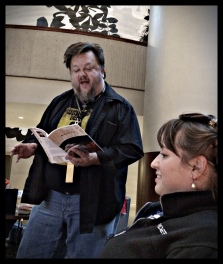 Deal was, buy John Hartness a beer, he will read poetry. My dear friend Robyne did just that. 🙂

Saturday morning street view of the Westin. Going to the Dragon Con parade.

Crowds line up on all decks for the parade. 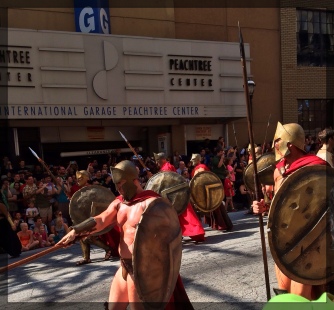 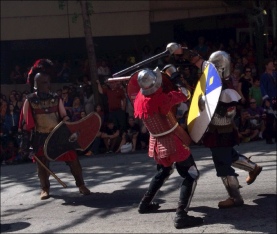 Not even Robocop knows how to deal with these crowds. 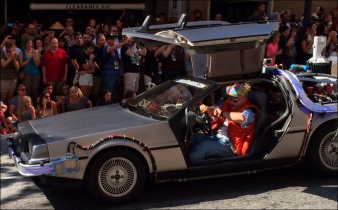 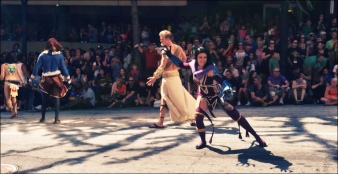 I like my Labor Day parade better than yours.

Obligatory religious message brought to you by the Flying Spaghetti Monster 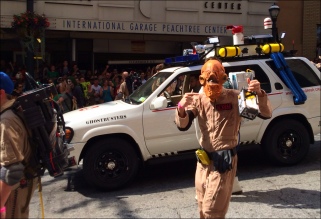 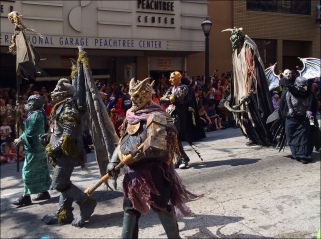 Again….my Labor Day parade is better than yours.

Someone is actually in that dinosaur. Very cool. 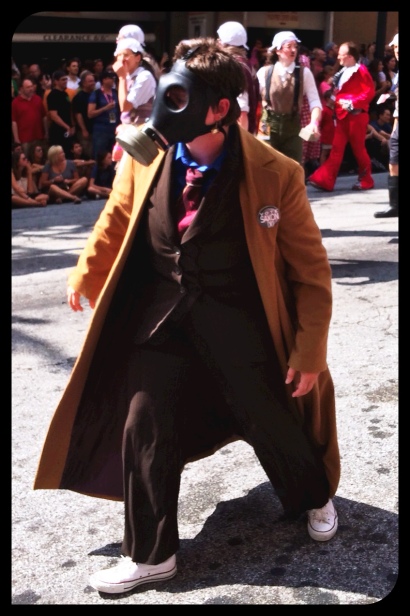 Are you my Mummy? 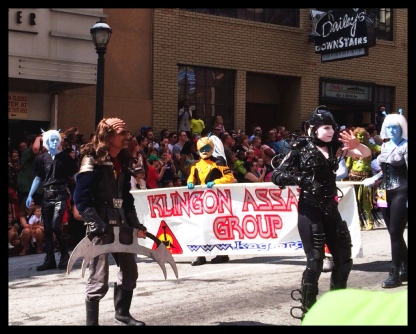 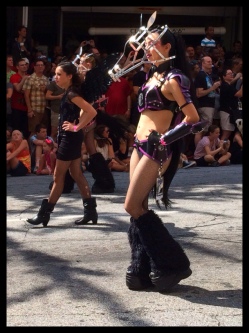 She made an awesome Brienne of Tarth from Game of Thrones 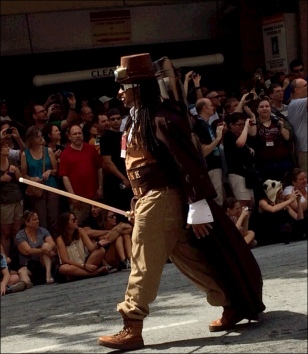 Told this guy my favorite joke: What does the L in Samuel L. Jackson stand for? Answer: Motherf**ker. The guy cracked up and had to fight to stay serious for photos. 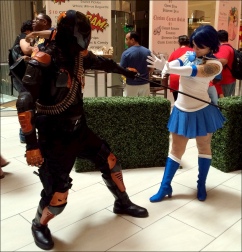 Moisturize me! A Cassandra backpack with strange roving eyeballs.

Even the restaurants had special Geek Themes

These two were actually on segways. 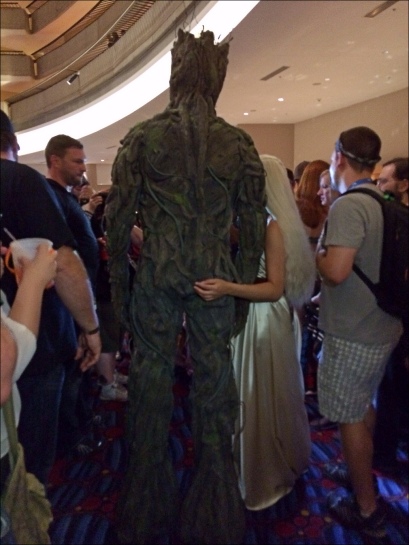 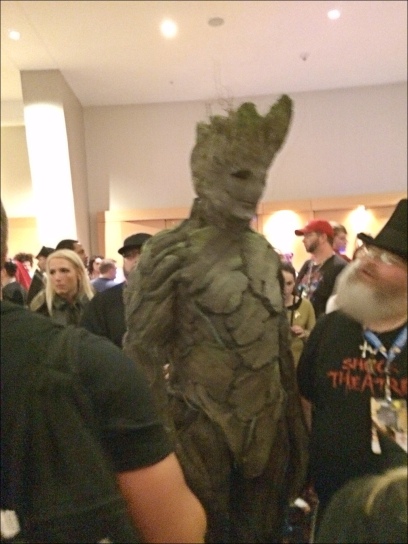 It was so hard to get a decent pic of this Groot because he was the hit of the Con. Everyone wanted a photo of him.

Jedi Minions and the stewardesses from the Fifth Element

At night, things start getting a little cheeky. 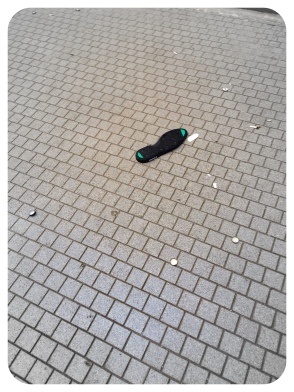 Someone lost their sole at Dragon Con.

Chances are John just said something about Sasquatch’s dong. 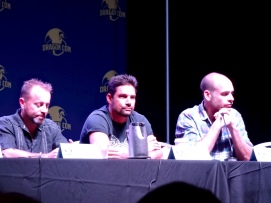 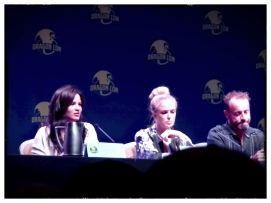 At the end of the panel, Manu Bennett announced he had been tagged for the ALS Ice Bucket Challenge.

It was hilarious! And he then challenged everyone in the audience.